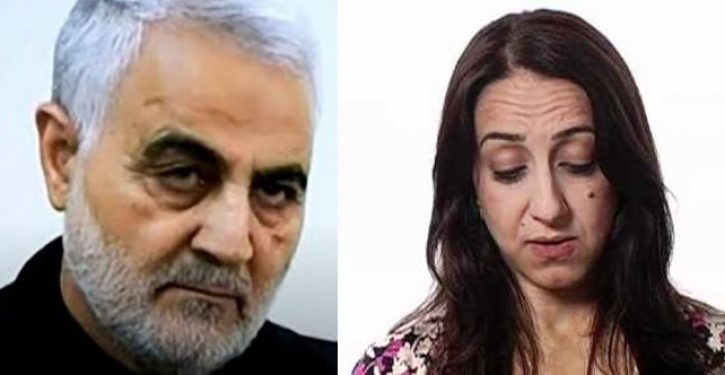 Farnaz Fassihi — an Iranian-American blogger with the New York Times — was trashed for fawning over dead terrorist Qasem Soleimani and then posting alarmist fake news claiming that Iran had bombed a U.S. airbase in retaliation.

The brouhaha erupted after Fassihi posted a video showing Soleimani gently reciting a poignant poem. Many viewed it as a blatant attempt to make a martyr of the radical Islamic terrorist.

Fassihi cooed: “Rare personal video of Gen. Soleimani reciting poetry shared by a source in Iran. About friends departing and him being left behind.”

Twitter users reacted by accusing Fassihi of spreading propaganda and trying to muster sympathy for Soleimani, who’s responsible for the deaths of more than 600 American soldiers.

Bestselling author Dinesh D’Souza remarked:  “This comes as close as this left-wing journalist dares to a eulogy for Suleimani. How could he be this evil figure? …