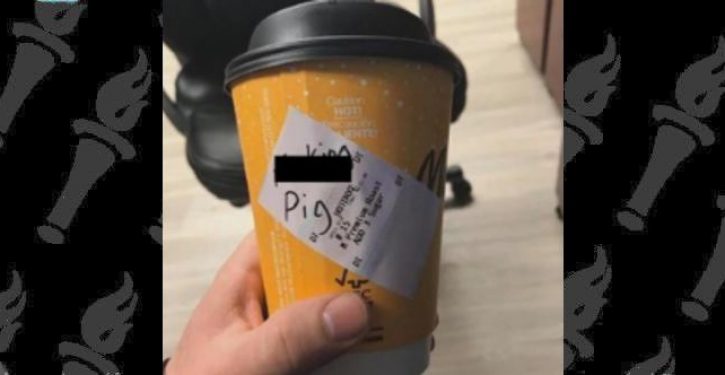 [Ed. – The most disturbing aspect of this story is that it will be pointed to in the future as justification by hoaxers out to generate sympathy for their imagined plight.]

A Kansas police officer “fabricated” a story that a McDonald’s employee wrote an expletive on his coffee cup over the weekend, Herington Police Chief Brian Hornaday said Monday. …

Hornaday added that his investigation concluded the accusation “was meant to be a joke.”…

“This behavior has been, is and always will be wrong,” Hornaday said in the post.

“There is a whole lot more to the story than what is being portrayed online. Hopefully, McDonald’s will follow through with showing me the video that didn’t exist when I met with them Saturday night,” Hornaday initially told CBS affiliate WIBW, adding, “It doesn’t appear this matter is going to be resolved anytime soon.”

After Monday’s discovery, Hornaday said he would be more careful with how he uses social media in the future. 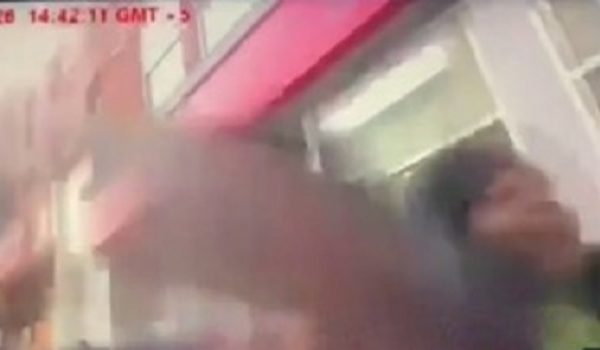 Suspect sucker punches NY cop on camera. Is immediately released by judge
Next Post
My prediction for 2020: More of the same