[Ed. – Yes, you read that right.  She’s been charged in another anti-Semitic attack, and again released without bail.  Unreal.]

A Brooklyn trouble magnet who dodged bail in an anti-Semitic assault over the weekend — only to be busted a day later in another alleged attack — walked free again on Monday courtesy of new bail-reform laws.

Tiffany Harris’ dizzying tour of the criminal-justice system saw her back in Brooklyn Criminal Court for the second time in three days, after she allegedly slugged a woman in the face in front of the victim’s two young children in Prospect Heights on Sunday.

But the encore appearance had a similar outcome to her arraignment just a day earlier for allegedly slapping three Orthodox Jewish women in Crown Heights on Friday while yelling, “F-U, Jews.” 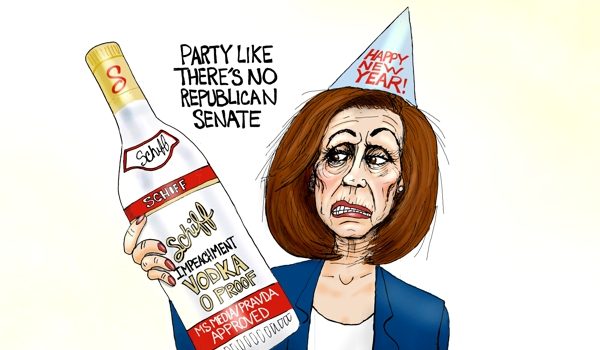 Cartoon of the Day: Schiff-faced
Next Post
In time for 2020 election: UK researchers’ software to treat ‘hate speech’ like virus