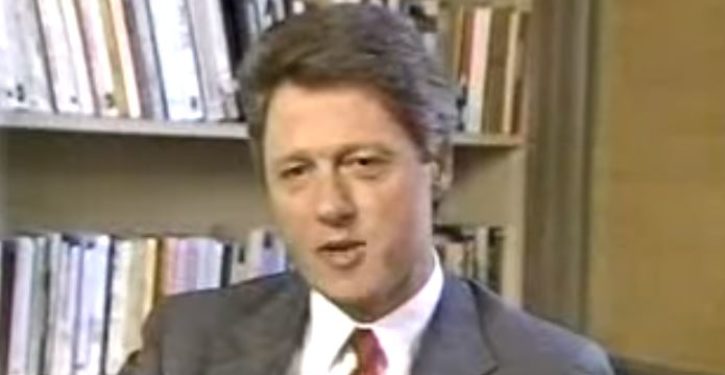 [Ed. – Oh, what do you know. You can pretty much take these things as given.]

Senate Majority Leader Mitch McConnell has come under fire from Democrats, and at least one Republican, for his coordination with the White House on the pending impeachment trial — but the outrage overlooks the fact that Democrats took a similar approach with President Bill Clinton during his 1999 trial in the Senate.

McConnell, R-Ky., stirred a hornets’ nest when he told Fox News’ Sean Hannity earlier this month that he will be “coordinating” with the White House and that “there will be no difference between the president’s position and our position as to how to handle this.” …

That comment sparked outrage from Democrats, with Minority Leader Chuck Schumer, D-N.Y., describing  McConnell as “out of line.” …

According to then-Washington Post reporter Peter Baker’s book, “The Breach: Inside the Impeachment and Trial of William Jefferson Clinton,” Senate Democrats coordinated with the White House on a number of impeachment-related issues behind the scenes.

How Rosenstein signed FISA applications that covered up Crossfire Hurricane
Next Post
If one of the senators running for the WH wins, it will be the Dems’ duty to impeach him ASAP