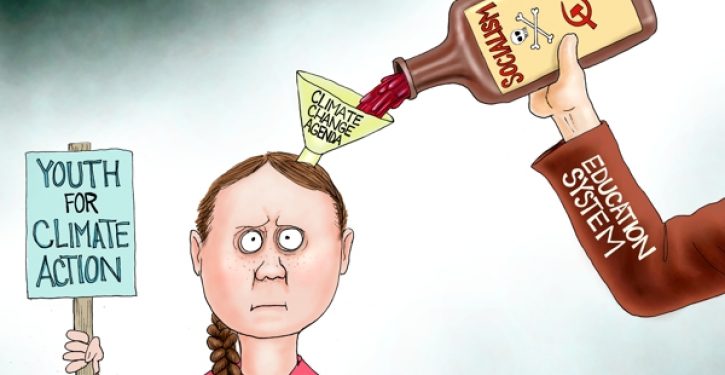 [Ed. – It sure seems as though the Left has reached the saturation point in that area.]

Some might argue that mankind’s gradual destruction of planet Earth is proof that we’re not the smartest species around. I mean, how smart can we really be if we, as a species, refuse to correct our wrongs in the most dramatic way possible? Yeah, we’re not terribly smart.

Now, new research shows that as the human-caused climate crisis worsens, one of the symptoms of our increasingly sick planet may be dumber and dumber humans. I know what you’re thinking and you’re right, this probably isn’t going to end well.

The new research paper, written by a team of scientists from the University of Colorado Boulder, the Colorado School of Public Health, and the University of Pennsylvania, suggests that the gradual rise of CO2 levels in Earth’s atmosphere could cause cognitive decline in humans as a whole.