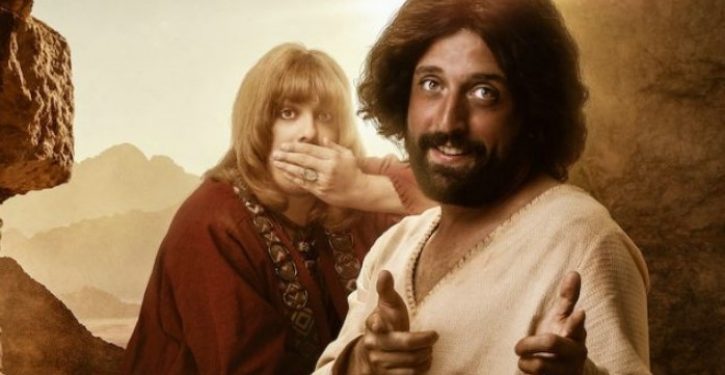 The Brazilian comedy group Porta dos Fundos (which literally translates to “back door”) appears to have a real hang-up about our Lord and Christianity in general. Last December the group released The Last Hangover on Netflix, a movie that blends Christ’s Last Supper with his disciples and The Hangover into a night of drunken debauchery where Jesus disappears.

This year, in this new Christmas special, Jesus turns 30 and brings his gay boyfriend home to meet Mary and Joseph.

The setup is that Jesus (Gregório Duvivier) attends his 30th birthday surprise party with his boyfriend Orlando (Fábio Porchat). The party, thrown by José (Rafael Portugal) and Maria (Evelyn Castro), has a number of high-profile biblical guests