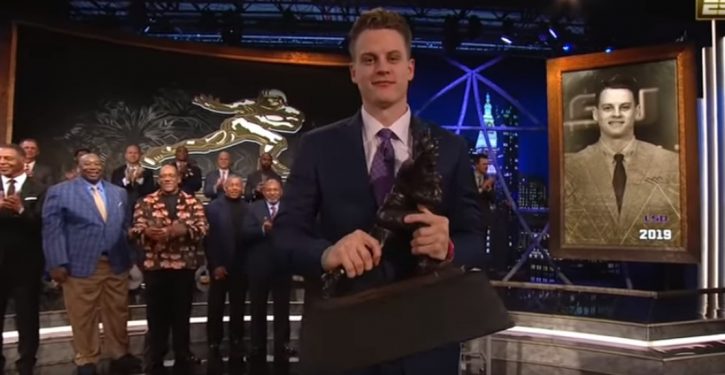 [Ed. – Congratulations to Burrow, a most deserving choice, and well done to all the finalists.]

The quarterback won the Heisman on Saturday night in a record-breaking landslide, becoming the first LSU player to bring college football’s most prestigious award back to Baton Rouge, Louisiana, in 60 years.