[Ed. – Apparently the strategy to head the Tory Brexit off at the pass by running a flaming anti-Semite for prime minister wasn’t such a good idea.]

Prime Minister Boris Johnson’s Conservative Party is likely to win a solid majority of seats in Parliament, an exit poll suggested late Thursday — an decisive outcome to a Brexit-dominated election that should allow Johnson to fulfill his plan to take the U.K. out of the European Union next month.

It would also make Johnson the most electorally successful Conservative leader since Margaret Thatcher, another politician who was loved and loathed in almost equal measure.

The survey, released just after polls closed, predicted the Conservatives would get 368 of the 650 House of Commons seats and the Labour Party 191. That would be the biggest Tory majority since Thatcher’s 1980s’ heyday, and Labour’s lowest number of seats since 1935.

Pelosi unwittingly affirms that Dems have been planning impeachment since Day 1
Next Post
Pakistan: Mob of lawyers attacks hospital; patients killed (and no, this is Not the Onion) 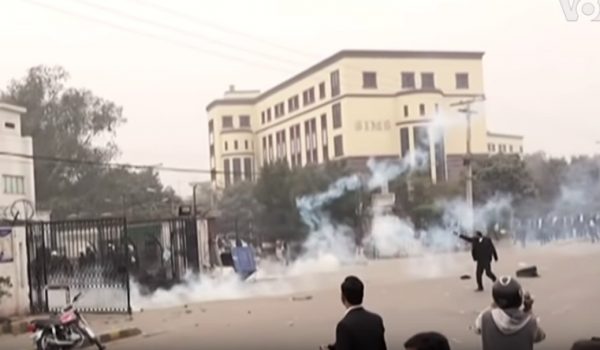