Representative Doug Collins of Georgia, trying to minimize the impeachment investigation of President Trump on Monday, pointed to the lack of memorable lines uttered by participants compared with impeachments past.

“There are famous lines from Nixon, like ‘What did the president know, and when did he know it?’” Mr. Collins, a Republican ally and defender of the president, said during a contentious hearing before the House Judiciary Committee. “From the Clinton impeachment, there was ‘I did not have sex with that woman.’”

In fact, Mr. Clinton said he did not have “sexual relations” with Monica Lewinsky, a critical parsing of his activities. And the legendary line from the Nixon impeachment was actually delivered by Senator Howard H. Baker Jr., Republican of Tennessee, while trying to defend the president during his interrogation of John W. Dean, the former White House counsel. 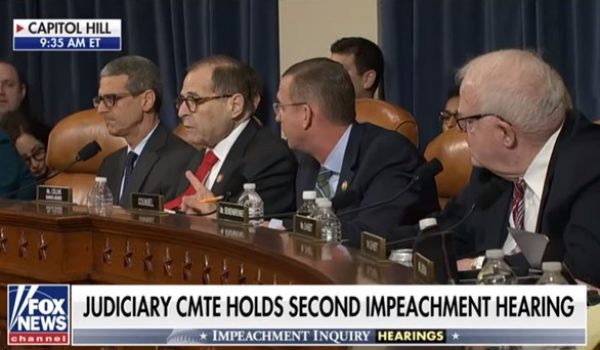