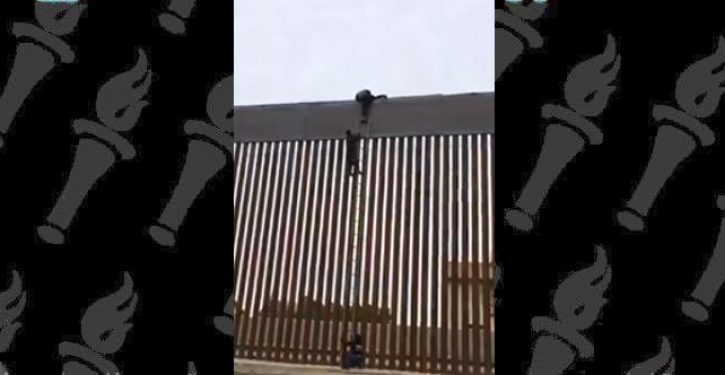 On Wednesday, a video went viral on social media seemingly showcasing a portion of President Donald Trump’s new southern border wall failing to do its job. At least one illegal immigrant, using a rope ladder, scales the border wall and takes off before border patrol agents show up on scene, the video appears to show.

However, on Thursday, Rep. Sam Graves (R-MO) shared a video of a border patrol agent explaining that the illegal immigrant who seemed to successfully cross the border was quickly apprehended by officers, thanks to the design of the wall and other security measures.

“Yesterday, a video showing someone illegally crossing into the United States over the new border wall went viral,” Rep. Graves captioned the tweet. “Today the Border Patrol revealed there was more to the story.”

Adam Schiff almost speaks the truth: His obsession with impeaching Trump fueled by ‘hate’
Next Post
Poll: Hillary Clinton will be the Democratic frontrunner when she runs