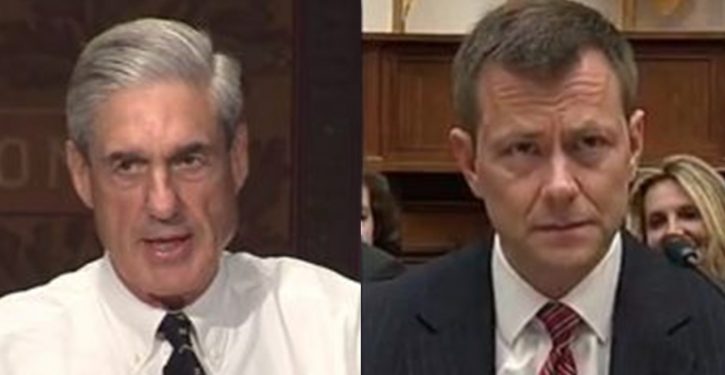 [Ed. – Not the nothingbuger Dems were hoping for?]

The report from the Department of Justice Inspector General’s Office on FISA abuses against the Trump campaign during the Obama administration has dropped. The Federal Bureau of Investigation was ripped for deviating from department policy concerning the application process. The FBI used the unverified Trump dossier, which was a Democrat-funded opposition research project. The Hillary Clinton campaign hired research firm Fusion GPS, who then contracted ex-MI6 spook Christopher Steele to compile the document. It’s riddled with inaccuracies. And it’s the work that set off this Russian collusion nuke in the media. It was a myth.

There are over a dozen instances where DOJ IG Michael Horowitz cites as when the bureau omitted information, including exculpatory evidence when applying for surveillance warrants against Carter Page, a former foreign policy adviser for the Trump campaign. …

Media, Dems use selectively edited clip to make Trump sound like tyrant
Next Post
Nadler fails to swear in witnesses in impeachment hearing