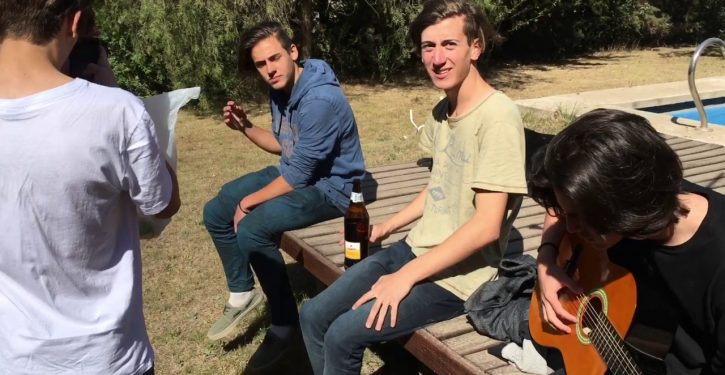 [Ed. – The word gender being used accurately for a change, albeit in a perfectly ridiculous context.]

As hundreds of teenagers flooded the dimly lit street for the student government rally, 18-year-old Natalia Mira raised her hand in the air and led them in a chant.

It was a song often heard among young people at political rallies in Buenos Aires, an ode to a former Argentine president, the populist Juan Perón, and his wife, Eva.

“We will fight from sun to sun,” they sang in front of their high school. “We are the youth, the soldiers of Perón.”

In Spanish, a language in which all nouns are assigned a gender, the word for soldiers is masculine: “Los soldados de Perón.”

To most Spanish speakers, the “e” in both words would sound jarring — and grammatically incorrect.

But here, teenagers are rewriting the rules of the language to eliminate gender.