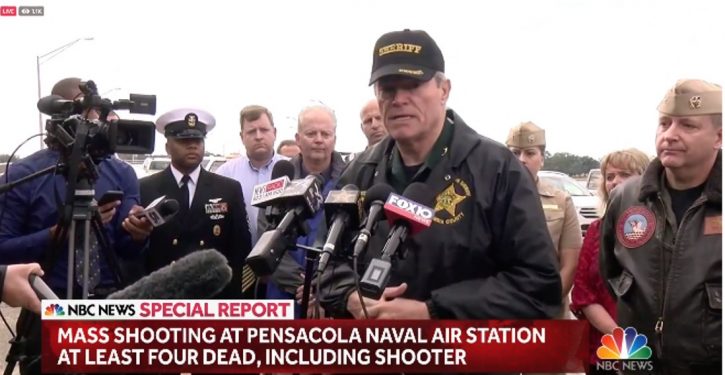 [Ed. – Horrible. Wouldn’t give you a plugged nickel for the lives of this guy’s commanding officer or his family.  The king and Mohammed bin Salman will take this personally.]

The suspect in a shooting that killed three people and injured several others at a naval base in Pensacola, Florida, on Friday morning was a member of the Saudi Air Force who was in the U.S. for training, officials said.

Several law enforcement sources identified the gunman, who was killed in the incident, as Mohammed Saeed Alshamrani. …

Two Escambia County sheriff’s deputies, who were at the scene immediately after reports of shots fired at about 6:50 a.m., were injured in an exchange of gunfire with the shooter, who had a handgun, authorities said.