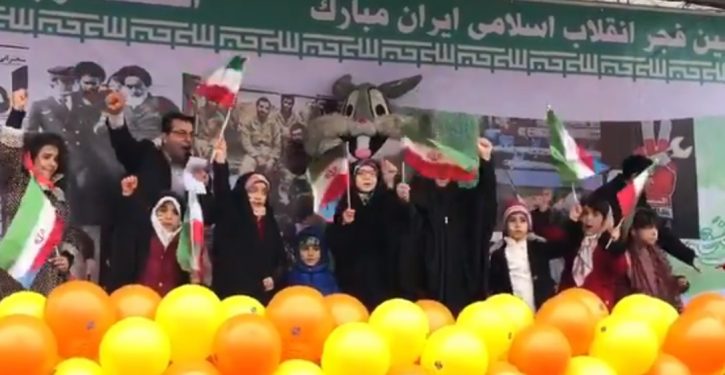 [Ed. – When Iran and an actual army show up to collect, let us know.]

The Iranian government has ordered the United States to pay some $130 billion in reparations to citizens it says have been harmed by the Trump administration’s tough sanctions policy on Tehran, according to a Tuesday announcement by Iran’s judiciary.

Iran’s demand for hard currency comes on the same day that its military leaders issued new threats to annihilate the United States, Israel, Britain, and Saudi Arabia. Both moves represent a further escalation in an already tense standoff between the Trump administration and Iranian mullahs. …

Iranian military leaders confirmed they will be holding joint war drills with China and Russia on Dec. 27. The confirmation of this major war exercise was accompanied by renewed threats of violence by Tehran’s military brass.