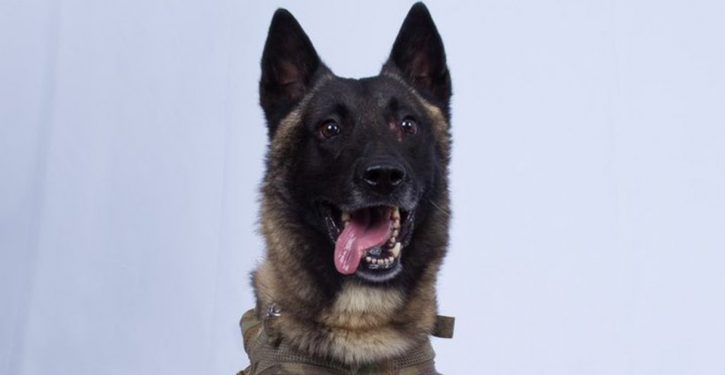 The gender of the military canine who participated in the raid that resulted in the death of ISIS leader Abu Bakr al Baghdadi has become a controversial topic since it has been labeled as both a male and female.

Conan, who is a Belgian Malinois and a veteran of more than 50 missions, was presented with a service award and certificate by President Trump on Monday in the Rose Garden. Trump, during his speech, referred to Conan as a male dog. However, later that day, the White House then issued a clarification saying that Conan is, in fact, female, but they then reversed course again.

A source in the White House told the Washington Examiner the dog is male, however, a Pentagon official has told ABC News that the dog is a female. The White House remained steadfast in their stance that Conan is a male dog even after being confronted with the Pentagon’s response.