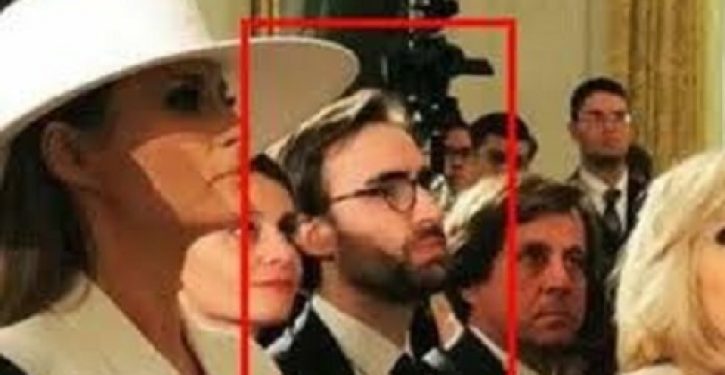 [Ed. – Should anyone doubt where his loyalties lie,]

The Oval Office photograph, obtained by the Washington Examiner, is circulating among Trump allies who consider it evidence that the alleged whistleblower is biased against Trump and had partisan motivations when he filed an Aug. 12 complaint that sparked impeachment proceedings.

In the photograph, a smiling Ciaramella, then Ukraine director on the National Security Council at the White House, is shown shaking Obama’s hand. They are standing in front of a portrait of Abraham Lincoln by George Henry Story.

A Republican close to the White House said the photo was evidence Ciaramella supported Obama and its selection for the wedding website indicated he considered the Oval Office image a “glamour shot.”