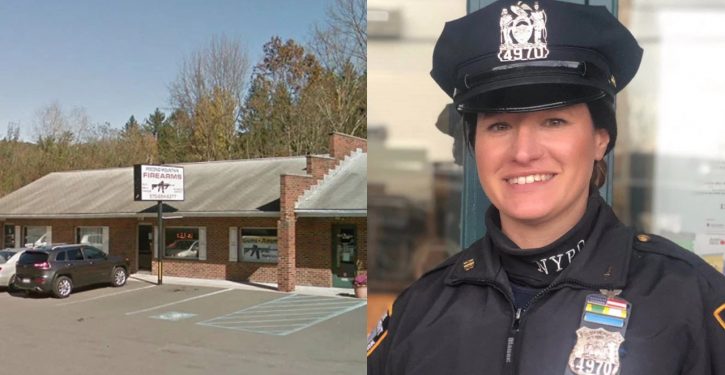 [Ed. – A great story, showcasing the humanity and above-and-beyond concern of some people who are too often the targets of cheap vilification.]

The 27-year-old mom — who lives in Pennsylvania but had been staying with family in Brooklyn — took her 6-month-old daughter out of a nearby daycare early on Friday and started sending disturbing text messages to her own mother, Latika Thorpe, and to her sister.

The woman, whose name is being withheld, said she “Can’t go on like this any more,” and planned to kill herself and her baby, police said of the text messages.

The desperate family members called the NYPD for help, explaining the new mom had been depressed after the birth of her daughter, wasn’t answering her phone and might be headed to home to Pennsylvania to kill herself and the baby, police said. …

“ … I just started quick thinking, ‘Let’s call gun shops. That’s most likely where she was heading to,” Schack explained. …

Schack randomly found Pocono Mountain Firearms in Scotrun on Google and called the owner on a whim.

Russian caught allegedly sneaking across U.S. border, shot in fracas with Border Patrol agent
Next Post
Some would be taxed over 100% under Elizabeth Warren’s tax plan