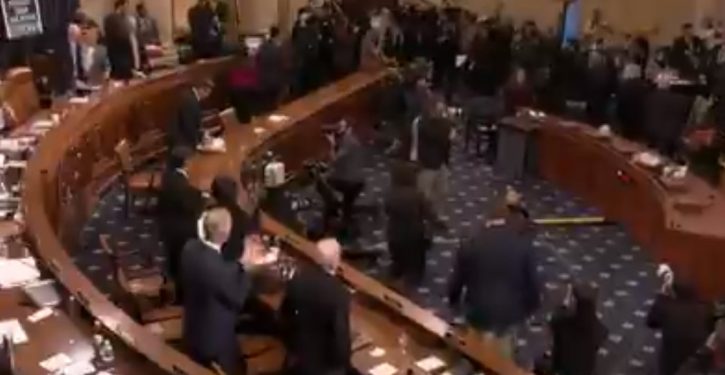 Democratic members of Congress and those in the hearing room gave Marie Yovanovitch a standing ovation as she left the room following her impeachment testimony.

Yovanovitch, 61, testified before the House Intelligence Committee as part of the House’s public impeachment hearings on Friday. She detailed her contentious relationship with President Trump and claimed that she felt threatened by him and his personal attorney Rudy Giuliani.

Her testimony landed well for House Democrats and many in the hearing room. When her testimony concluded, most of the room broke out in sustained applause.

Yovanovitch was the U.S. ambassador to Ukraine before Trump removed her from the post. She had also served in several other countries while working in the foreign services.

During the hearing, Trump live-tweeted his criticisms of Yovanovitch, something Democratic California Rep. Adam Schiff claimed was “witness intimidation.”

From focus groups to crocodile tears: A review of ‘Impeachment,’ a play in countless acts
Next Post
Flashback: Obama cleaned house, firing all of Bush’s politically appointed ambassadors, upon taking office