[Ed. – Suddenly NBC cares about property takings.  Obama’s federal agencies effectively tried to execute a mass land-taking at the state line between Texas and Oklahoma by redrawing the boundary at the Red River, but you never heard word one about that from the MSM.  Property owners on both sides would have found their property definitions peremptorily altered, without compensation, in spite of having previous federal surveys to back up their position.  The excuse for the whole exercise was “environmental protection” priorities.]

The Trump administration is preparing court filings to begin taking over private land to build its long-promised border wall as early as this week — without confirming how much it will pay landowners first, according to two officials familiar with the process.

Jared Kushner is hosting a meeting with military and administration officials at the White House this Friday, where they are expected to discuss the U.S. government taking over private land to build more sections of wall along the U.S.-Mexico border, said two officials. …

Acting Commissioner of Customs and Border Protection Mark Morgan told reporters on Thursday that land acquisition for the border wall was “a challenge,” but said, “I still think we’re on track to get the land we need for 450 miles [of new wall].”

Morgan also noted that there had been lawsuits and “a lot of the judicial activism out there, and land acquisition is not going to be immune from that as well.” 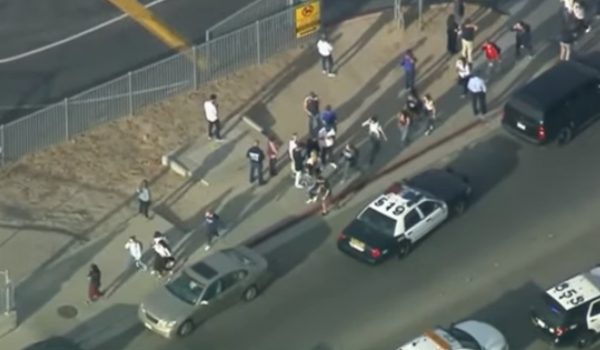 BREAKING: Two dead in high school shooting in SoCal; shooter in custody with self-inflicted injury
Next Post
Ocasio-Cortez: Impeachment inquiry is about ‘unifying the party’