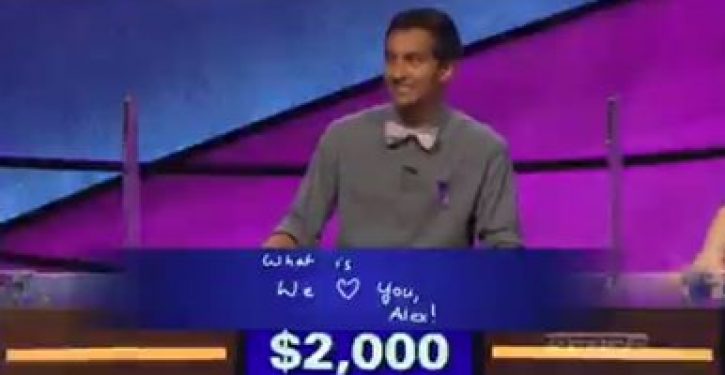 What are… answers that have us weeping in front of our TVs, Alex?

During Monday’s episode of Jeopardy!, contestant Dhruv Gaur used the Final Jeopardy round to send a heartwarming message of support to ailing host Alex Trebek. In the space where contestants typically write their response, Gaur instead wrote, “We [Heart] You, Alex!” (Trebek announced he’d been diagnosed with Stage 4 pancreatic cancer back in March.)

Even the normally unflappable Trebek got choked up by the gesture, saying “That’s very kind” and thanking Gaur before getting right back to hosting. But his voice audibly quaked as he continued to read out Gaur’s total.

Jeopardy! Tournament of Champions winner Alex Jacob shared the moment on Twitter, adding: “There was a mistake in tonight’s Final Jeopardy. [Gaur] is actually correct.” 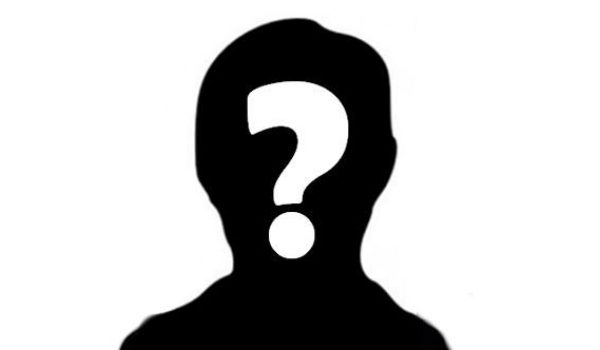