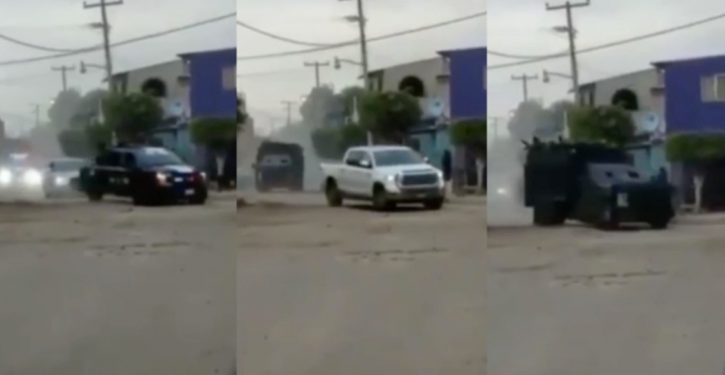 [Ed. – If we weren’t invested in assuming Mexico is not a national security problem, we’d recognize this as a sign of a failing state.]

A convoy of armoured cars reportedly belonging to El Chapo’s cartel have been filmed brazenly driving into a Mexican town in a show of strength.

In the video, filmed by someone inside a parked car, vehicles are seen barreling into the village while armed cartel members stand out of the vehicle’s sun rooves.

Several more armoured cars follow behind in the convoy, including an all-black armoured van and what is thought to be a silver Audi.

‘Project Nightingale’: Google gathers health data on millions of Americans in 21 states
Next Post
And the newest shopper for an NFL team is …