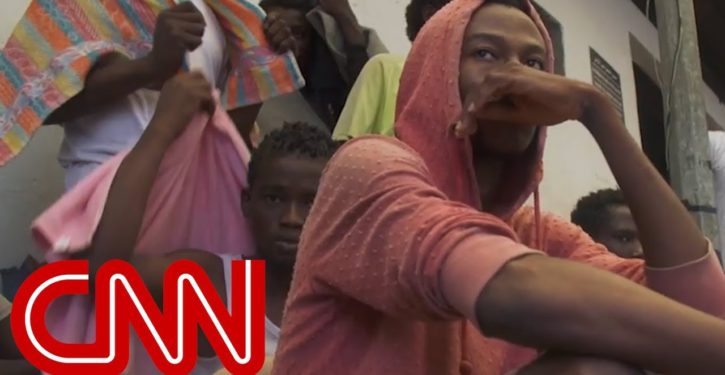 [Ed. – A dark chapter in the history of social media?]

Drive around the streets of Kuwait and you won’t see these women. They are behind closed doors, deprived of their basic rights, unable to leave and at risk of being sold to the highest bidder.

But pick up a smartphone and you can scroll through thousands of their pictures, categorised by race, and available to buy for a few thousand dollars.

An undercover investigation by BBC News Arabic has found that domestic workers are being illegally bought and sold online in a booming black market.

Some of the trade has been carried out on Facebook-owned Instagram, where posts have been promoted via algorithm-boosted hashtags, and sales negotiated via private messages.

Other listings have been promoted in apps approved and provided by Google Play and Apple’s App Store, as well as the e-commerce platforms’ own websites.

Behar: Dems shouldn’t run on taking people’s guns away, they should just do it once elected
Next Post
Ilhan Omar endorses Bernie because, like her, he advocates an end to ‘western imperialism’