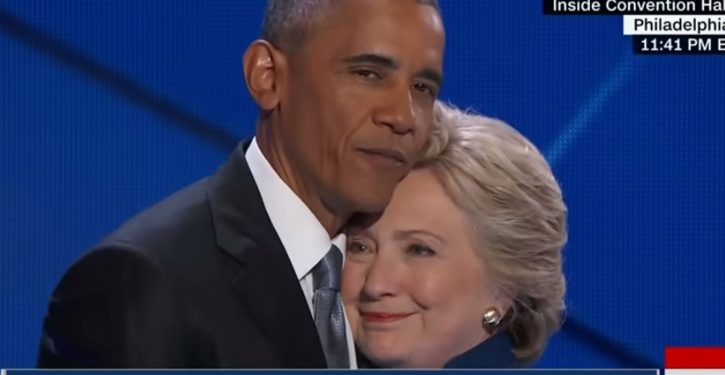 Former adviser to President Clinton Dick Morris said Sunday that Hillary Clinton most likely wants to get into the 2020 presidential race because she thinks “God put her on the Earth” to be president.

Morris told John Catsimatidis on his radio show that the major question revolving around the 2020 election is whether “the ghost of Hillary Clinton” will enter the election.

The former adviser said he thinks Hillary Clinton is waiting for an opportunity to jump into the race and particularly for former Vice President Joe Biden to drop out.

‘You have no evidence’: ABC host challenges Adam Schiff on calling Durham investigation ‘tainted’
Next Post
Joe Biden falsely claims he ‘got started out’ at a historically black university