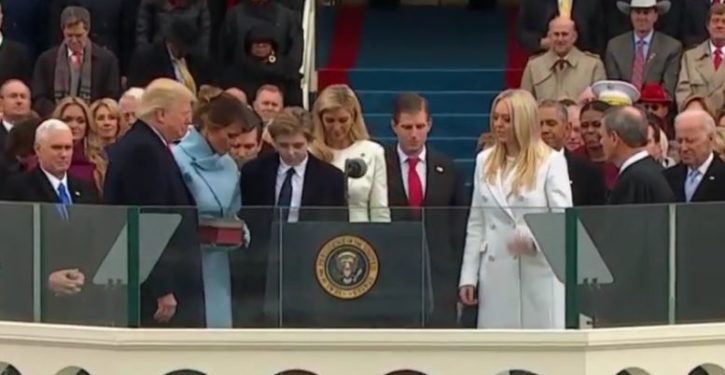 [Ed. – Funny odor about this.  It seems pretty unlikely Romanians — Romanians! — merely happened to hijack two-thirds of the security cameras operated by the D.C. police just before the Trump inauguration, and nobody can prove it had anything to do with, you know, the Trump inauguration.  It sounds like there’s a chunk of the story we’re not hearing.  Meanwhile, if the Secret Service was still sizzling from dealing with this, it may help explain why all levels of security authorities were making it so unusually difficult for inauguration crowds to get onto the Mall that day.  Thousands of social media users reported lines stretching for blocks trying to get to the Mall to witness the ceremony, and not enough security/admission points.]

Eight days before Donald Trump’s presidential inauguration, the Secret Service received an urgent call saying hackers had seized control of most of the video surveillance cameras that keep watch over the U.S. capital.

A lead agent jumped off his treadmill and charged toward the command center where police monitored the camera feeds day and night.

Instead of streaming videos, the computer screens displayed a message in red capital letters: “YOUR DOCUMENTS, PHOTOS, DATABASES AND OTHER IMPORTANT FILES HAVE BEEN ENCRYPTED!” Anonymous hackers demanded $60,800 in bitcoin to return control of the surveillance system.

In a Bucharest apartment 5,000 miles east, Alexandru Isvanca called Eveline Cismaru to his computer. The screen showed live footage from Washington. The 20-something couple with a history of small-time scams had inadvertently hacked the world’s most powerful nation for a five-figure ransom at a time of high anxiety over national security on Inauguration Day.

Former Broward sheriff Scott Israel, ousted this week, is running for sheriff again in 2020
Next Post
George Soros doesn’t do endorsements, but has firm opinion on which Dem ‘most qualified’