[Ed. – The jails are about to become more crowded.]

Larry Johnson released an excellent report a few days ago at the Gateway Pundit where he lists the eight cases in the Mueller report where the Deep State tried to tie President Trump and his campaign and administration to Russians.  Of these eight events, six were set ups by the Deep State.

One simple fact emerges–six of the eight cases or incidents of alleged Trump Campaign interaction with the Russians investigated by the Mueller team, the pitch to “collude” with the Russian Government or Putin originated with FBI informants, MI-6 assets or people paid by Fusion GPS, not Trump or his people. There is not a single instance where Donald Trump or any member of his campaign team initiated contact with the Russians for the purpose of gaining derogatory information on Hillary or obtaining support to boost the Trump campaign. Not one. 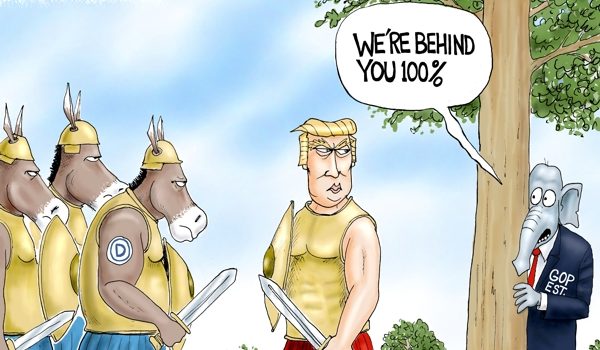