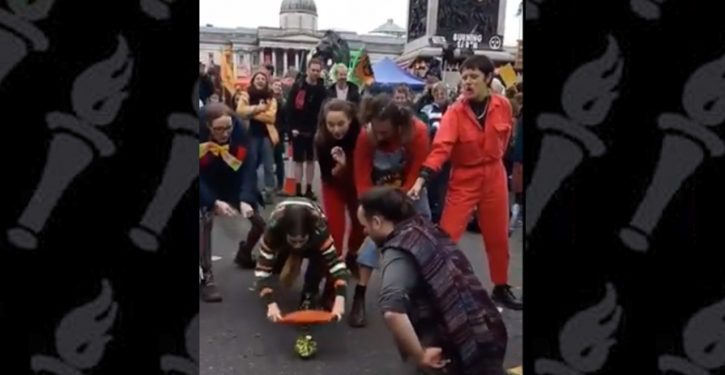 [Ed. – That would explain a few things.  Wonder if they have to buy their own props for the street theater.]

Extinction Rebellion is paying activists up to £400 a week to lead the protests that have brought chaos to the streets of Britain, documents seen by The Mail on Sunday reveal.

But the eco-protest group privately fears it could face a six-figure tax bill if the money, which is given as expenses, is deemed to be payment for work done on XR’s behalf.

Last night, one Tory MP called on HMRC to launch an immediate investigation into the movement’s tax affairs.