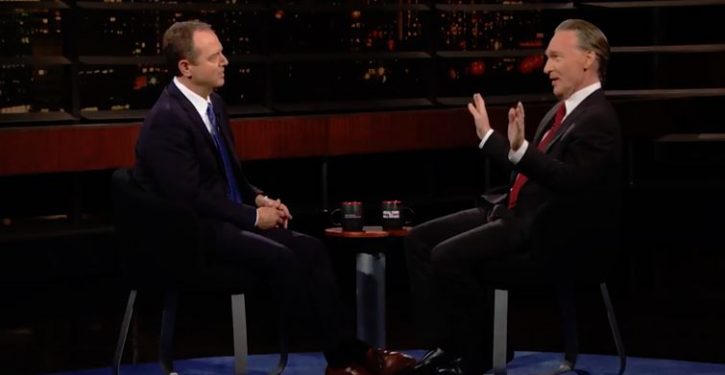 [Ed. – And hints at a potential $1 billion from 1,000 other celebrities in the Los Angeles area.  Emphasis original.]

Bill Maher closed Friday’s edition of Real Time by pleading with President Trump to take $1 million in cash and resign from office. After portraying the President as a “liar” and a swindler, Maher outlined an elaborate proposal to team up with celebrities and ordinary Trump-hating Americans to help him “go away,” in other words: resign. …

Maher initially proposed making a bet with the President: “I will bet you a million dollars right now that if you lose the 2020 election, I’m right and you won’t leave.” Maher changed his mind about offering Trump a bet because he found it unlikely that “he’d ever pony up even if he lost a bet.” At this point, Maher rolled out a revised proposal: “Just take my check for $1 million…I bet I could get another thousand people just from here to the beach, including Malibu…who would pay that much to see you resign.” …

While Maher only committed to giving President Trump $1 million, he predicted that he could raise $1 billion from anti-Trump celebrates such as Oprah, Madonna, Cher, and Beyoncé. Maher made sure to remind the President that “singers, actors, athletes; everyone f***ing hates you.”