[Ed. – Sending palates of cash to Iran was part of a quid pro quo — and an especially dumb one at that, considering what the Ayatollah has done with the money.]

The coverage of the Trump administration’s pressure on Ukraine is verging on the absurd, as to both what is alleged to have been a wrong and the degree to which we should judge it wrong. In particular, I am referring to the concepts of quid pro quo and of extorting a foreign government.

To listen to commentary, not only by anti-Trumpers but even some Trump defenders who don’t seem to understand what they’re talking about, one would think that a quid pro quo is always bad, and that it is a terrible thing to pressure a foreign government. 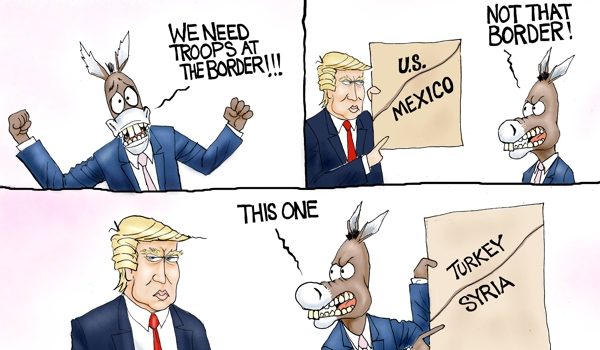