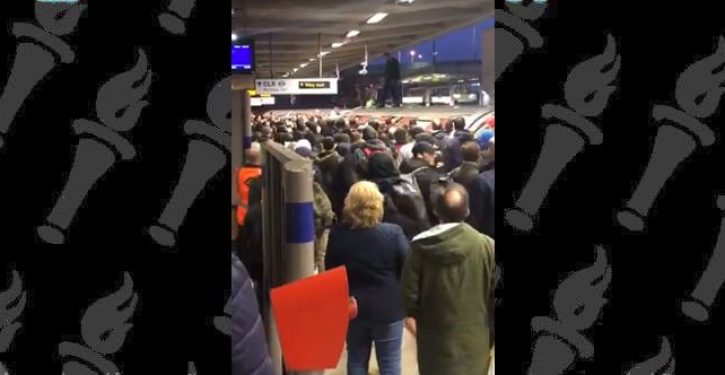 [Ed. – People who work for a living becoming understandably annoyed at people who don’t.]

Angry Londoners furious at having their lives disrupted dragged ‘Extinction Rebellion’ climate change protesters from the roof of a train this morning.

The incident happened at Canning Town Tube station, located in London’s poor east end – a particularly stupid venue for Extinction Rebellion activists to try to pull such a stunt.

One decidedly middle class looking protester climbed on top of the train but was pelted with objects before being dragged back down to the platform.

Almost immediately, another protester climbed on top of the train but was also pursued and dragged back down.

London Underground staff had to intervene to prevent the protesters getting a substantial beating.