[Ed. – It’s a fair point.  Long past time to have the discussion about national defense and guarding our own border. Having a Border Patrol and Coast Guard isn’t always enough.  We recognize that very readily with air defense, which is why we have NORAD and 24-hour alert combat interceptors.  We’re laggard in land defense at the border and missile defense – and playing catch-up in terms of maritime defense.]

President Trump sounded a somber note on Saturday as he defended a widely-criticized decision to pull U.S. troops away from a part of Syria where Turkish forces are now attacking Kurdish fighters allied to the U.S., saying it was time to bring American soldiers home. …

Trump said … “Let them have their borders, but I don’t think our soldiers should be there for the next 50 years, guarding a border between Turkey and Syria, when we can’t guard our own borders at home. I don’t think so.” …

Trump invited his audience to imagine how media critics would have responded had he made a different decision and decided to keep U.S. forces in northern Syria to oppose the Turkish invasion.

“We could have stayed and we could have fought and we would have knocked Turkey around and we” – he gestured towards media representatives – “they would have hated it.”

And the coveted Ocasio-Cortez endorsement for 2020 goes to …
Next Post
Odd tale: CBP surveillance refutes claim of British family that they accidentally entered U.S. from Canada 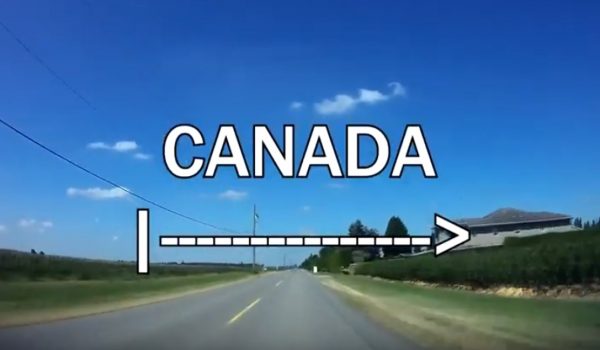