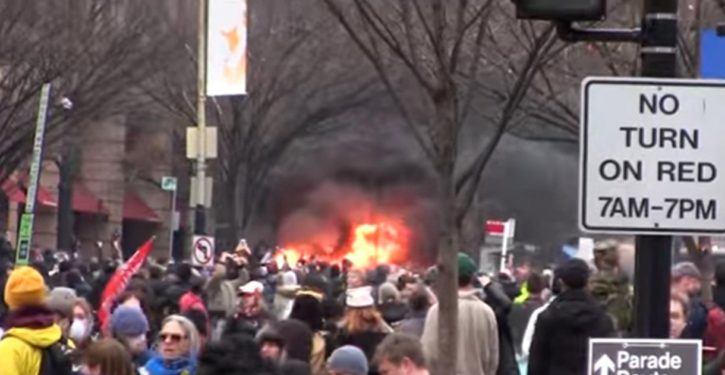 [Ed. – Turning the resistance’s argument on its head.]

Fox News contributor and Wall Street Journal columnist Kimberley Strassel said on Monday that the ‘resistance’ to President Trump is doing institutional damage to facets of the country.

“People are losing trust in the civil service to do the right thing,” Strassel told “Fox & Friends.”

“The resistors are the folks that, from the minute Trump was elected, they decided that he was an illegitimate president and that they were entitled to take any means necessary to remove him from office,” Strassel said.

In her new book, “Resistance at All Costs: How Trump Haters are Breaking America,” Strassel wrote that the people have been told that over the last three years, Trump has undermined institutions, broken democracy and operated as an autocrat.

Mayor Pete supporters light up AOC after she rails on him over Elizabeth Warren and Beto
Next Post
Chelsea Clinton: Person with beard, penis can ‘absolutely’ be woman, Hillary not so sure