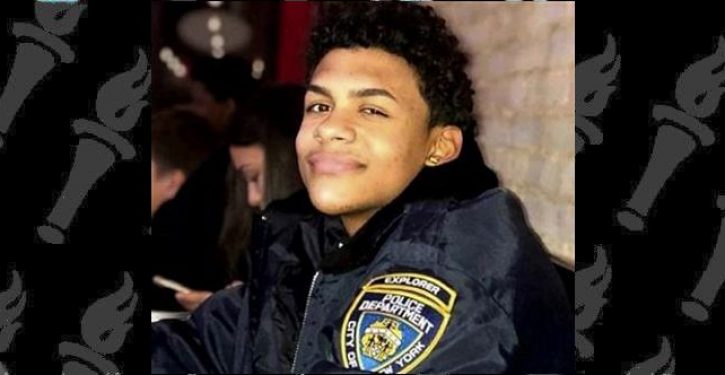 [Ed. – Making the murder even more senseless is that it turned out to be a case of mistaken identity.]

Five men convicted in the 2018 machete and knife slaying of a New York City teenager were sentenced on Friday, prosecutors said. The sentences ranged from 23 years to life in prison.

The five men, who are gang members — Jonaiki Martinez Estrella; Antonio Rodriguez Hernandez Santiago; Elvin Garcia; Jose Muniz and Manuel Rivera — were found guilty of murder and other counts in June in the stabbing death of Lesandro “Junior” Guzman-Feliz, 15, on June 20, 2018.

Authorities have said that the men thought Guzman-Feliz was someone else.

Video surveillance showed Guzman-Feliz, who wanted to be a police officer, being dragged out of a Bronx bodega on his back by a group of men and then repeatedly punched and slashed by long knives and a machete. He died from a gash to his neck after running three blocks to a hospital.