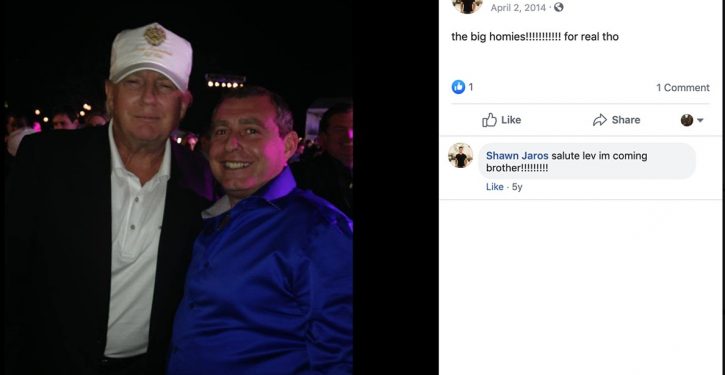 Trump and Lev Parnas in 2014. Via Politico

[Ed. – The FBI has been investigating Trump since at least 2016.  If there were anything untoward to know about his 2014 photo with Lev Parnas, one of the two Florida men arrested this week for a campaign finance indictment, we’d know about it already.  Mueller would have followed up on it, just for starters.  It’s like they think we’re stupid.]

A photograph of President Donald Trump posing with a recently indicted associate of Rudy Giuliani was posted online in April 2014, two years prior to what had been their first known interaction.

In the photo, Trump and Lev Parnas stand shoulder to shoulder, smiling at the camera at what appears to be an outdoor nighttime event. Trump wears a white, Trump-branded cap and white shirt under a jacket. Parnas wears a royal blue collared shirt. The circumstances of the meeting captured in the photograph remain unclear. 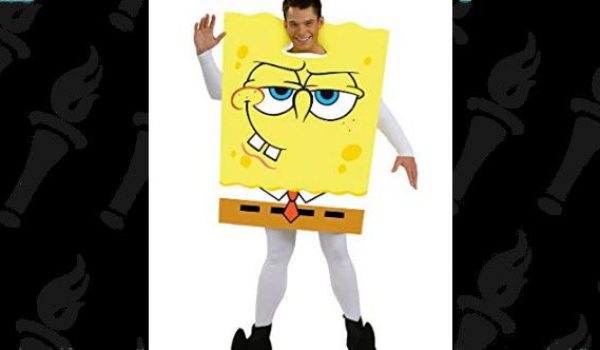