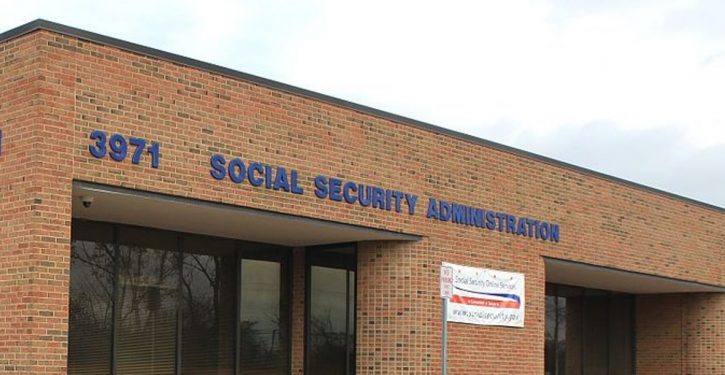 Where the magic happens. Wikipedia; By Dwight Burdette, CC BY 3.0, Link

[Ed. – Somehow, I think this is one of those jobs we’ve already got enough Americans willing to do, thank you very much.  We don’t need to let foreign nationals sneak across the border — or overstay visas, for that matter — to get it done.]

Nearly 40 million Social Security numbers have been stolen and used by illegal immigrants and others to get work, according to agency records obtained by an immigration reform group.

The Immigration Reform Law Institute said that from 2012 to 2016 there were “39 million instances where names and Social Security numbers on W-2 tax forms did not match the corresponding Social Security records.”

The group said that there is a “thriving black market” used by illegal immigrants to get Social Security numbers needed to get a job.

Their report draws attention to a move by former President Barack Obama to stop sending so-called “no match” letters to employers notifying them that numbers used by employees on the wage forms do not match their identity.