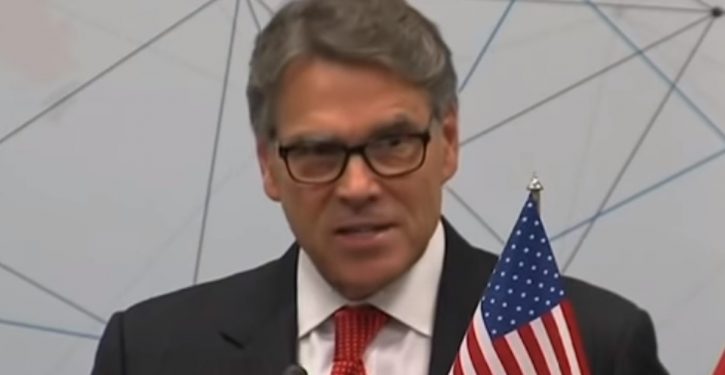 [Ed. – I.e., the House Democrats sent a letter demanding documents, which is not an actual subpoena because it is not issued under any form of due process.  It is gratifying to see that there is at least some specificity to the demand.  However, it seems predicated to a remarkable degree on media reporting.  The “whistleblower” complaint had the same problem.  It’s a serious question whether we are all subject now to being hauled before Congress to answer for anything and everything the media may have have reported about us.]

Perry is the latest Trump administration official to be issued a subpoena as part of House Democrats’ impeachment inquiry, which is examining the president’s efforts to persuade the Ukrainian government to investigate Biden, a leading Democratic presidential contender.

“Recently, public reports have raised questions about any role you may have played in conveying or reinforcing the President’s stark message to the Ukrainian President,” the chairmen of the three committees leading the House inquiry wrote to Perry.