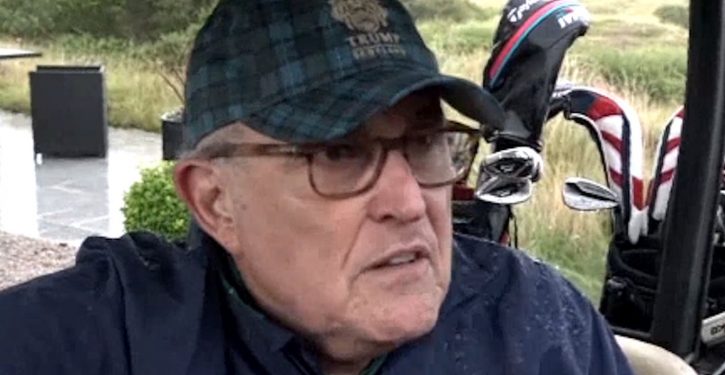 [Ed. – Interesting case and one that probably won’t go away quickly.  The men are U.S. citizens from the former Soviet Union, and reportedly some of the money involves an “unnamed Russian donor.” Read it for yourself; one thing that does sound bogus to me is the charge that Igor Fruman switched two letters of his name (to Furman) in order to donate as both Fruman and Furman.  Yet kept all the other personal info the same.  What moron would think that would hide his identity?  If I were Fruman’s attorneys, I would demand a full forensic investigation of how the records of “Furman’s” donations came to be in the FEC database.]

Lev Parnas and Igor Fruman, two Florida businessmen, made a brief appearance in federal court in Virginia Thursday, dressed in T-shirts. Both men are U.S. citizens born in former Soviet republics. They were arrested at Dulles Airport on Wednesday while awaiting an international flight with one-way tickets, according to people familiar with the matter, a day before one of them was scheduled to testify before House committees.

Mr. Giuliani said Thursday that Messrs. Parnas and Fruman were headed to Vienna, Austria, on Wednesday evening for reasons related to their business. …

Their political giving—aimed at Republicans—was funded in part by an unnamed Russian donor, the indictment alleges.

Hillary on Trump: ‘Obviously, I can beat him again’
Next Post
Fed. official, accused of profiting from hurricane disaster in Puerto Rico, was Obama diversity director