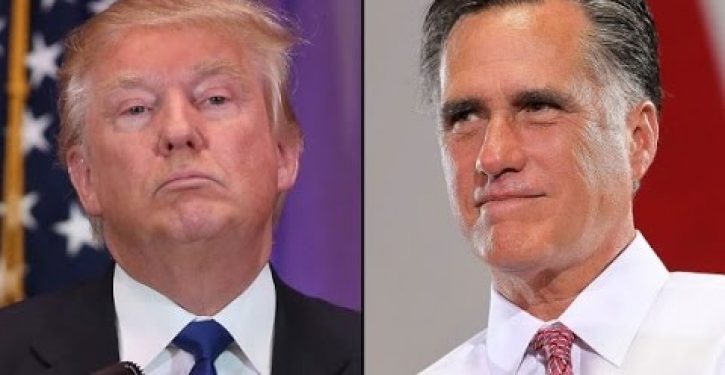 [Ed. – Trump is also making good on a campaign pledge to Americans, but RINOs, like Dems, are blinded to the truth.]

“The President’s decision to abandon our Kurd allies in the face of an assault by Turkey is a betrayal,” Romney said Monday in a tweet. “It says that America is an unreliable ally; it facilitates ISIS resurgence; and it presages another humanitarian disaster.” (RELATED: Mitt Romney ‘Deeply’ Troubled By Trump-Ukraine Transcript)

Trump announced on Monday his decision to withdraw U.S. troops from Northern Syria and let Turkish forces take over the area.

“I held off this fight for almost 3 years, but it is time for us to get out of these ridiculous Endless Wars, many of them tribal, and bring our soldiers home. WE WILL FIGHT WHERE IT IS TO OUR BENEFIT, AND ONLY FIGHT TO WIN,” Trump tweeted.