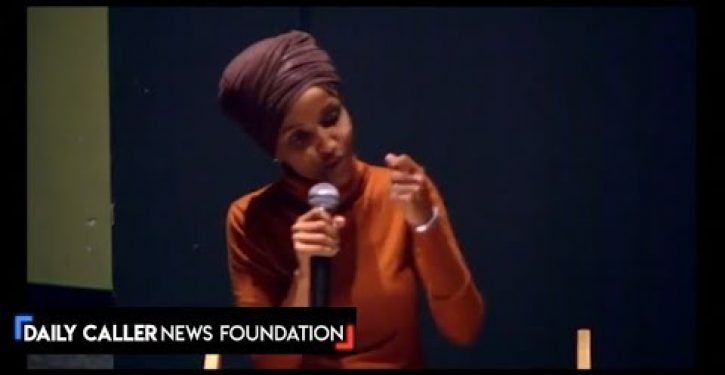 [Ed. – We need a score card to follow her twisted romantic life.]

Rep. Ilhan Omar has filed for divorce amid rumors that she was having an extramarital affair.

Omar filed to end her marriage to Ahmed Hirsi on Friday, TMZ reported Monday. A court filing was later uncovered that confirmed the news.

Omar is accused of having an affair with Tim Mynett, a prominent Democratic political consultant, whose estranged wife alleged in a divorce filing that he had been in a months-long relationship with the Minnesota Democrat.

The allegation of the affair brought added scrutiny to Omar’s own marriage. She has faced repeated questions over her marital history after allegations surfaced that she married her brother and committed immigration fraud.

The freshman congresswoman married Hirsi in 2002 during a faith ceremony but did not legally marry until years later. Omar and Hirsi had two children before they separated in 2008.