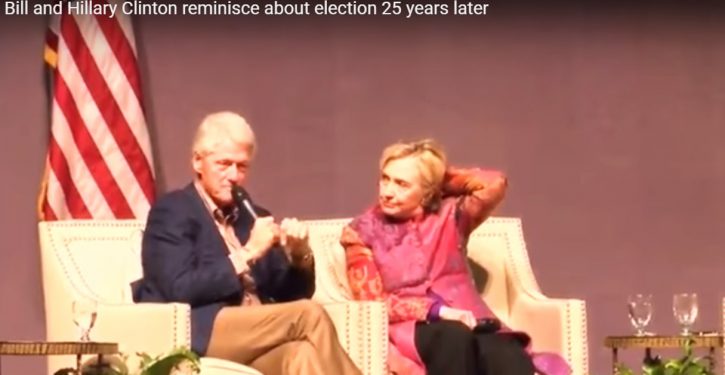 [Ed. – You just knew it.  These are private donors, BTW, although as the DCClothesline report cited suggests, the private donors may have just been laundering U.S. aid funds in order to funnel them to the Clintons.  We also know Australia made a $25 million grant last decade, midwifed by Alexander Downer; but that was the Australian taxpayer.]

England? What about England — it had to have donated more, right?

Ukraine beat out both of those countries — and everyone else — by donating a whopping $10 million to the Clinton Foundation.

“Ukraine became a vast pool of U.S. taxpayer-funded ‘aid’ that poured into that long-corrupt nation and then saw piles of kickbacks returned to powerful and politically connected recipients,” according to a report in DC Clothesline. …

It then quotes from an earlier report in The Wall Street Journal from 2015 about funding: “Between 2009 and 2013, including when Mrs. Clinton was secretary of state, the Clinton Foundation received at least $8.6 million from the Victor Pinchuk Foundation …”

The outlet then went on to “connect the dots that bind Mr. Pinchuk and the Obama White House” …