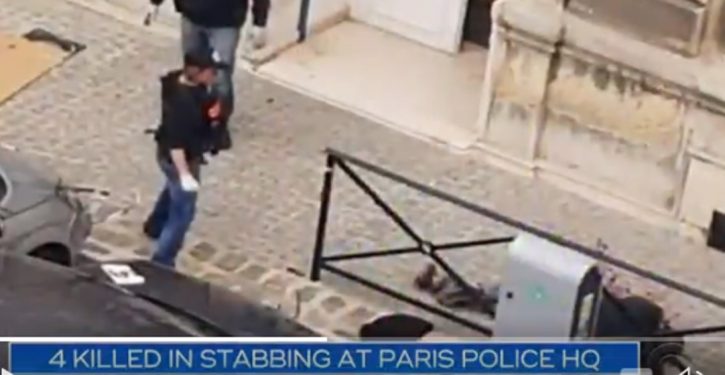 [Ed. – Another convert to Islam has a workplace dispute.  Sensing a pattern here.]

A civilian employee raged through Paris police headquarters with a knife Thursday, stabbing four police colleagues to death before he was shot and killed, French authorities said. The man, a technology administrator in the police intelligence unit, launched the attack in his office then moved to other parts of the large 19th-century building across the street from Notre Dame Cathedral.

U.S. law enforcement officials told CBS News the attack appears to be workplace-related violence. The source said the suspect had been a recent convert to Islam but there was no information suggesting the attack was religiously motivated.