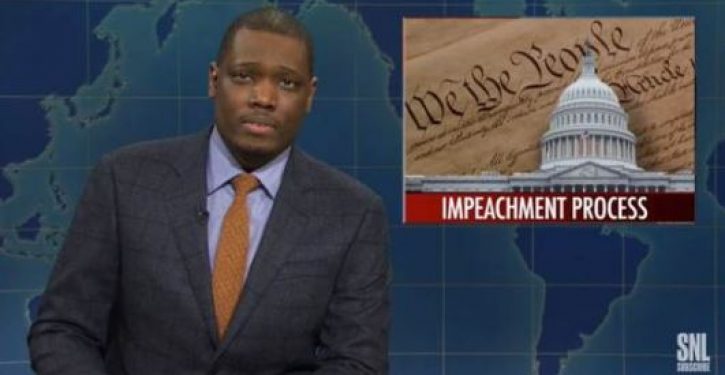 [Ed. – Change the president’s name from Trump to Obama, and this ‘joke’ becomes a criminal offense.]

NBC’s Saturday Night Live aired a joke by Michael Che during the Weekend Update segment last night that urged the assassination of President Trump because the impeachment process takes too long.

“But they’re like, “No, he’s just bein’ impeached, but he ain’t exactly ‘peached yet. It’s still gonna take another year or so.” And I’m like, “Well, damn, that sucks, let’s get drunk.”

“I mean, president is only a four year job but it feels like it’s taking ’em five years to just fire his ass. It’s frustrating!

“You know, I bet somebody explained how long impeachment takes to John Wilkes Booth and he was like, “Okay, well, where is he at right now?””

Ukrainian to U.S. prosecutors: Why don’t you want our evidence on Democrats?
Next Post
Elizabeth Warren says amnesty for all illegal aliens is ‘good’ for American workers 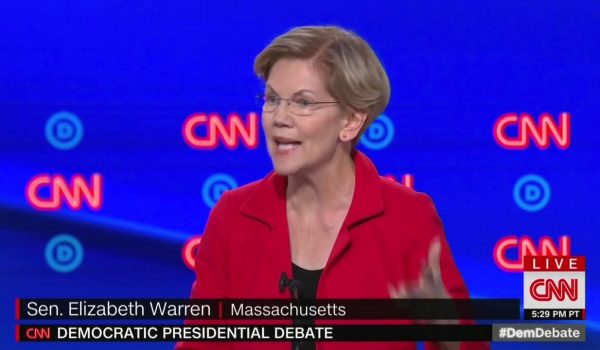