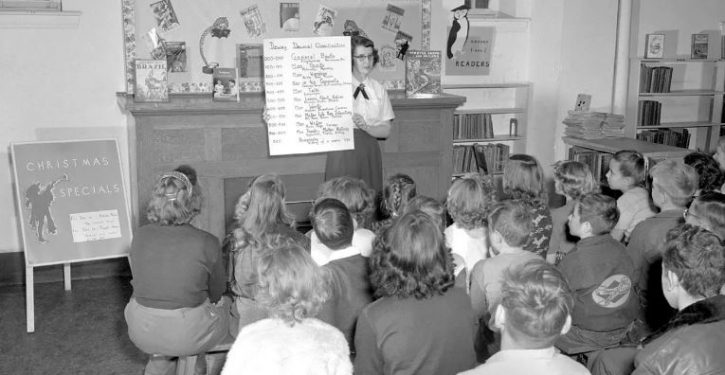 [Ed. – So much for our long-held theory that librarians are really automatons. It turns out they’re living, just hyperliberal.]

Melvil Dewey created the Dewey Decimal system, established the first school for instruction of librarians, and was one of the founders of the American Library Association. But in June, the ALA voted to strip his name from the ALA’s annual award for “creative leadership of high order.” Why? The ALA cited Dewey’s racism, antisemitism, and serial harassment of women.  Although the decision to strip his name from the award is new, it wasn’t based on a modern view of Dewey’s behavior.

Dewey owned a private club in New York that expressly excluded Jews and African-Americans. When that policy was publicized, Dewey received a public rebuke from the New York State Board of Regents, and ultimately resigned his position as State Librarian in 1905.  Around that same time, he was also censured by the ALA for his serial harassment of women. …

Joe Biden’s digital ads are disappearing. Not a good sign, strategists say
Next Post
President Pelosi? It could happen