…[R]ecently Representative Al Green (D-Texas) reminded us why the Democrats are trying to impeach the president rather than just defeat him in the 2020 general election.

“To defeat him at the polls would do history a disservice, would do our nation a disservice,” Green said.  “I’m concerned that if we don’t impeach the president, he will get re-elected.”

Translated, that means Green accepts either that Trump’s record is too formidable or that the agendas of his own party’s presidential candidates are too frightening for the American people to elect one of them. And that possibility is simply not permissible. Thus, impeachment is the only mechanism left to abort an eight-year Trump presidency. …

Consider it another way: Why is it that the House is controlled by Democrats, yet its leadership is not pushing through any of the policy proposals voiced so openly on the Democratic primary stage? 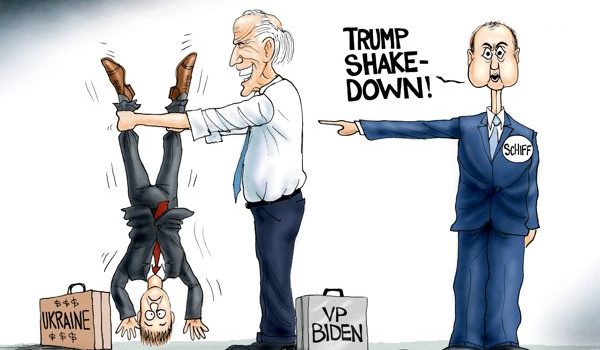 Cartoon of the Day: Sloppy Joe
Next Post
‘Stop scaring the children’