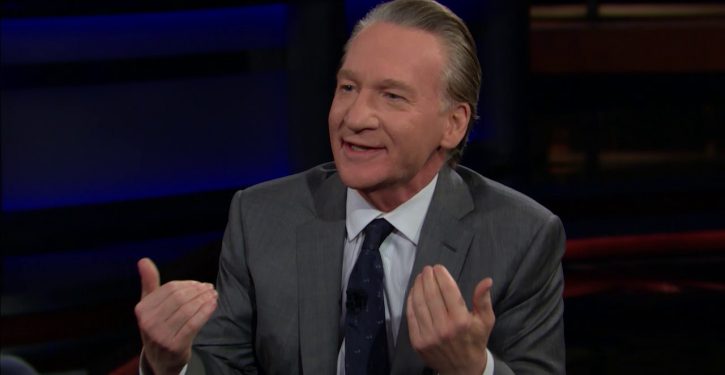 [Ed. – If you want an indicator of how far off the rails the Left has gone, consider that even Bill Maher (yes, that Bill Maher) is arguably correctly that it Donald Trump, Jr., not Hunter Biden, were embroiled in this scandal, libs like Rachel Maddow would be screaming about it.]

Bill Maher tore into Joe Biden on his HBO show, saying his son Hunter’s Ukrainian ties probably lost him the Democratic presidential nomination and wondering how the media would react if it were President Trump’s son.

“The more I read about this — you know, I don’t think he was doing something terrible in Ukraine, but it’s just so — why can’t politicians tell their f–king kids, ‘Get a job? Get a goddamn job,'” Maher said Friday about Hunter Biden being on the board of a company owned by a Ukrainian oligarch while his father was vice president. “It just looks bad, and the Republicans are geniuses at muddying the water. It’s all gonna be about, ‘You did this in Ukraine? Well, Joe Biden did this.'”

‘Aquaman’ Jason Momoa says ‘we are a disease infecting our planet,’ rips Trump at U.N.
Next Post
Amid all else, Biden’s story about having gone to Ukraine to get prosecutor fired is fiction