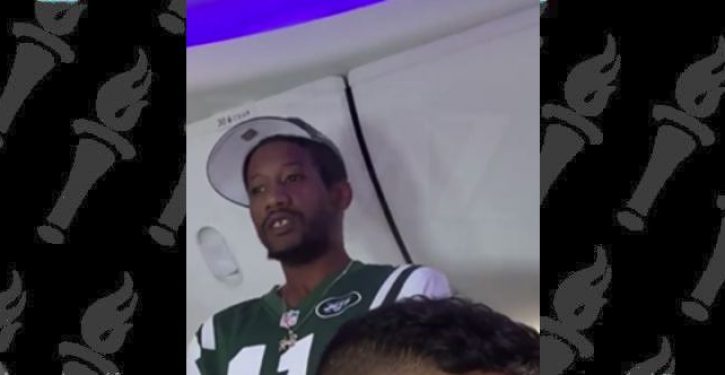 An Alaska Airlines passenger flying coach was arrested by federal authorities after he went nuclear because he was blocked from using the first-class bathroom.

The man wearing a Jets jersey was on a flight Thursday from JFK to LAX, when he got super frustrated over the long line for a coach head.

He ranted, “By making 7 people wait here to use the bathroom while the whole bathroom up there is empty, it’s wrong.”

The pilot got on the horn and tried to cajole the passenger — who was decked out in a Jets jersey and matching hat — to sit down … to no avail. That’s when the man allegedly threatens to kill the pilot and others onboard.

The plane made an emergency landing in Kansas City and passengers cheered as the guy was removed from the plane and taken into custody.

Yes, Obama admin asked Ukraine to investigate Trump campaign, but what of it?
Next Post
Flashback: Nadler admits impeachment is all about ‘undoing a national election’