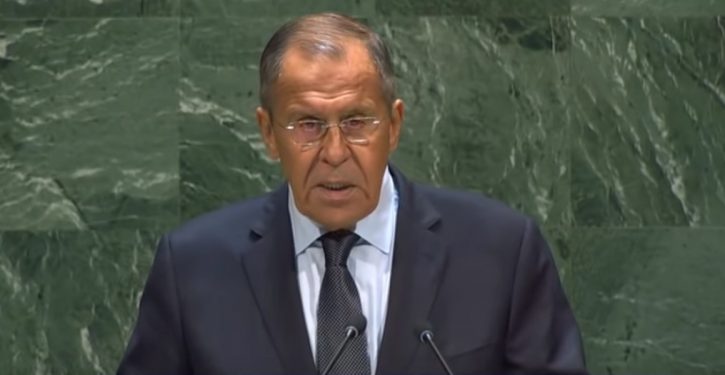 [Ed. – It always comes down to what people think they’re talking about when they say full-freight words like “Western liberalism.”  If they mean “actual American values,” as opposed to “faux-liberal leftism,” then Russia is full of it.  If they’re talking about the Brussels-Acela axis of post-modern leftist insanity, they’ve got a sort of point, but it’s only a superficial one.  The latter crowd wants to keep “America” around only so long as their fake version of the American idea is useful to them.  It’s not really about preserving American supremacy at all.  In any case, Lavrov doth protest too much.  If Russia really, truly thought the west’s centuries-long dominance were ending, they’d know their wisest course is to smile, and smile, and be a villain.]

Foreign Minister Sergey Lavrov of Russia delivered a sour speech to the U.N. General Assembly in which he accused the United States and its European allies of hypocrisy on classical liberal values and claimed they have lodged false accusations against Russia to maintain their own power.

Lavrov suggested the promise of the United Nations’ founding was undermined and delayed by the long years of the Cold War — he was enough of a good sport to portray the fall of the Berlin Wall as a positive development — and now the U.N. finds itself confronting a world with more conflicts and intractable problems than ever, just as the sun sets on Western diplomatic, economic, and military dominance.

“It is hard for the West to accept seeing its centuries-long dominance in world affairs diminishing,” he said.

Logic 101: If Ukraine didn’t know aid was under review until weeks after phone call … there was no ‘quid’
Next Post
Jeff Flake: There are 35 GOP votes ‘for impeachment’ in the Senate 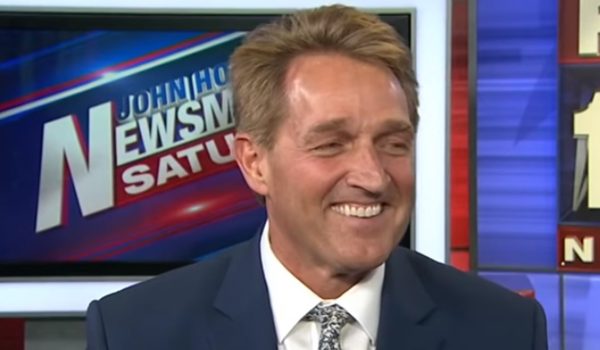