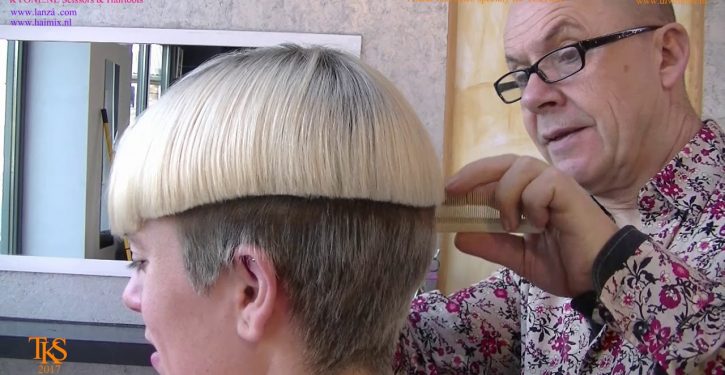 [Ed. – Hasn’t everything now become a white supremacist symbol in the same way everything has always been racist?]

As recently as a few years ago, the bowl cut was primarily known as an unfashionable hairstyle popular among toddlers whose parents cut their hair, and 1990s child stars. Over the past few years, however, the bowl cut has gone from shorthand for male uncoolness to a chilling symbol of racism and extremist violence, according to a recent report from the Anti-Defamation League.

On Thursday morning, the ADL released its additions to its hate symbols database, a library of more than 200 symbols used by hate groups. In addition to entries such as the Happy Merchant, a meme of an anti-Semitic caricature gleefully rubbing his hands together; and the “OK” hand emoji, which actually originated as a 4chan and an 8chan hoax before being adopted by the white supremacist movement as an actual hate symbol, the database now contains the bowl cut. …