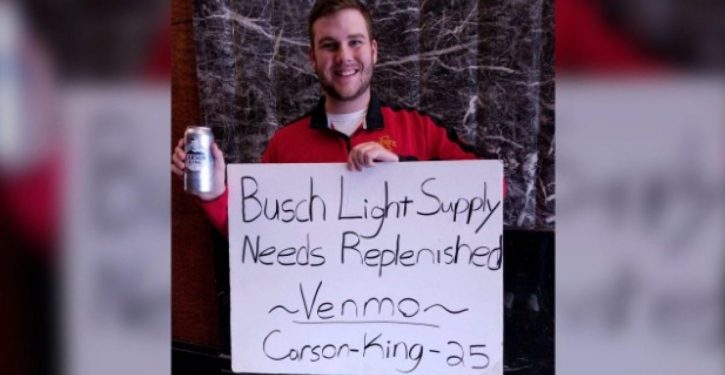 Via Flag and Cross (social media)

[Ed. – A guy made a splash with a joke-y “beer money” fundraising sign at the Cy-Hawk rivalry game.  He and Anheuser-Busch were teaming up to donate thousands to a children’s hospital.  Then a woke reporter found a couple of tweets from the guy’s past – when he was a high school sophomore – quoting stupid lines from Tosh.0.  You know what happened next.]

His simple sign read, Busch Light Supply Needs Replenished – Venmo – Carson-King-25 and the money began pouring in. After it reached several hundred dollars Carson decided to give it all to charity rather fund a huge drunken party with it. Good for you Carson King. He decided to donate the money to Stead Children’s Hospital in Iowa City. With that bit of information, the internet went into a viral frenzy.

The money poured in. Both Venmo and Anheuser Busch, who makes Busch Light, said they would match whatever was pledged to the Carson King Venmo account. The numbers skyrocketed. Carson King was an instant celebrity in Iowa and nationwide. He was doing interviews all over the place! They flew him to New York and all the major media outlets ran positive stories on Carson’s generosity. Iowa NICE was cool! …

Well, thanks to a reporter at the ‘so-called’ newspaper, The Des Moines Register, that all changed this morning when I read that Anheuser Busch was severing all ties to Carson King … 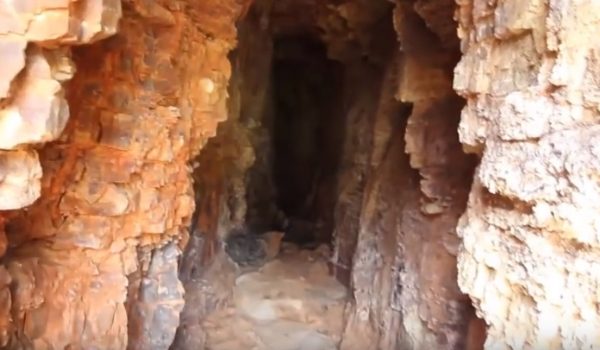