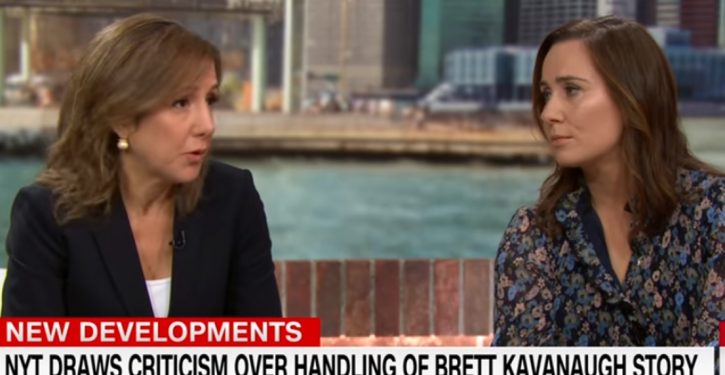 [Ed. – … and then apparently represented what she had done as the opposite of what it was — in the book published recently.  Mollie Hemingway’s explanation is a little convoluted, but ultimately parses, and is astonishing.]

Year-old texts contained in a Senate Judiciary Committee report show that New York Times reporter Robin Pogrebin engaged in questionable journalistic tactics to shape a false narrative against Kavanaugh by telling a source what to say and by asking sources to confirm information she herself had given them. …

A 2018 text exchange between Karen Yarasavage and Kerry Berchem shows them discussing Deborah Ramirez’s claim against Kavanaugh. Yarasavage was extremely close to Ramirez — having asked Ramirez to be a godmother to one of her children — and knew Kavanaugh well, too. Berchem was younger and not at Yale when the alleged incident was said to have taken place. While in reality, the text exchanges show Berchem trying to get Yarasavage to say something supportive of Ramirez’s claim, even though Yarasavage said she’d never even heard of any such incident and felt confident she would have if it had happened, the media characterized the discussions as evidence of Kavanaugh’s guilt. 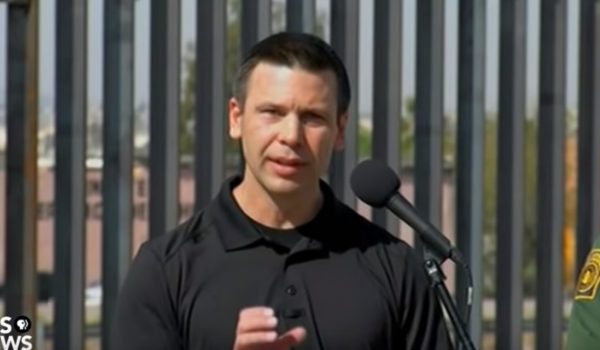