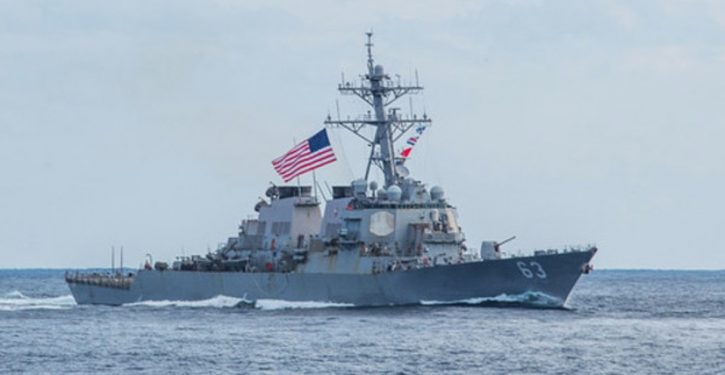 [Ed. – There’s a serious cosmic reckoning going on out there.  This guy was paroled by Germany years ago, after being convicted in the hijacking, but Germany wouldn’t extradite him to the U.S. at the time.  Now Greece is about to.  For those of us who were serving at the time, SW2 Robert Stethem’s name is on our “Never Forget” list.]

Police said Saturday the suspect, a 65-year-old Lebanese man, was arrested on the island of Mykonos two days ago. His name came up as the subject of a German arrest warrant when he disembarked from a cruise ship, police said, according to Reuters.

Police did not release the suspect’s name, but several Greek media outlets named him as Mohammed Ali Hammadi.

TWA Flight 847 from Athens to Rome was hijacked shortly after takeoff on June 14, 1985. The hijackers tortured and killed 23-year-old Robert Stethem when they found out he served in the U.S. Navy. His body was tossed from the plane onto the tarmac in Beirut. …

Hammadi was arrested in Frankfurt in 1987 and convicted in Germany for the plane hijacking and Stethem’s slaying. Hammadi, an alleged Hezbollah member, received life in prison as a sentence but was paroled in 2005 and returned to Lebanon.